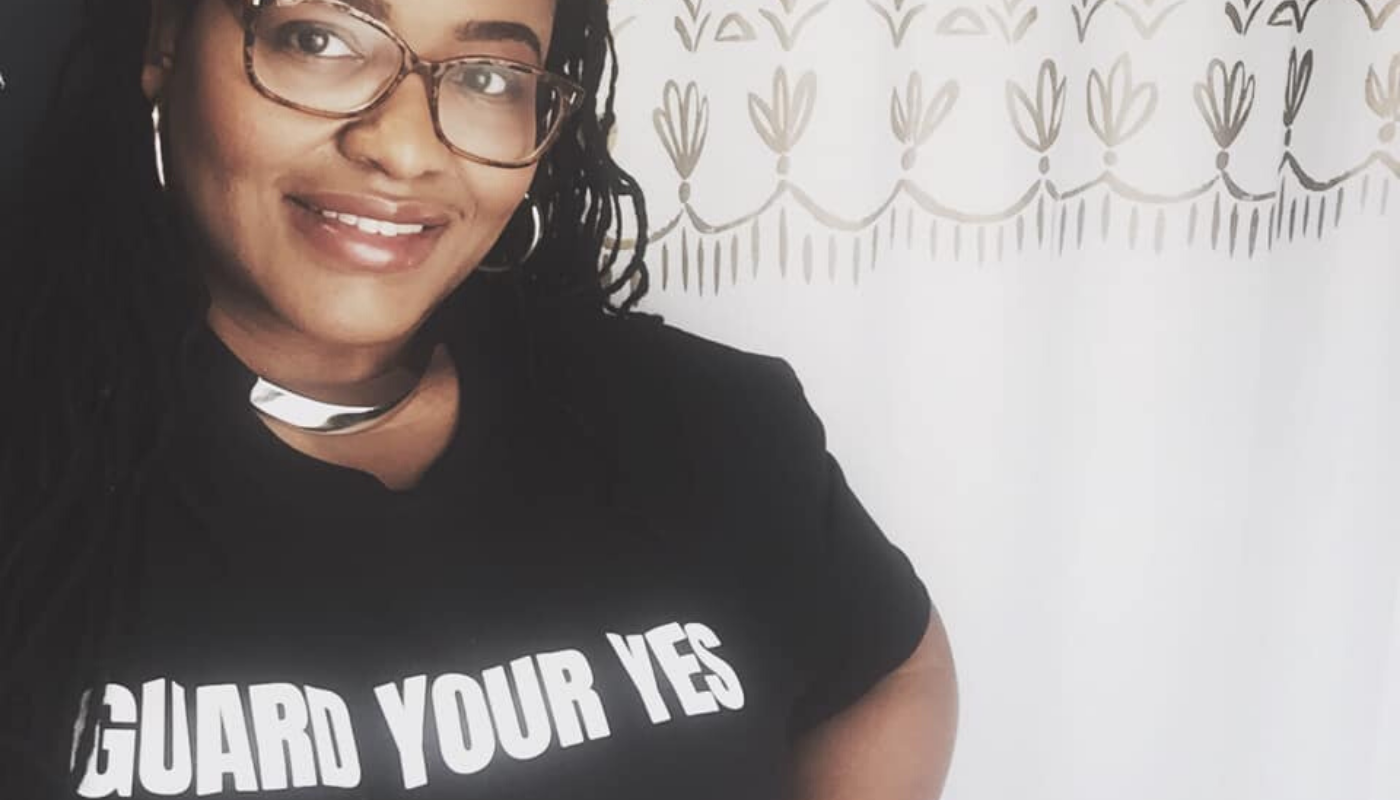 Learning to say no puts you in charge of your time and other resources. I call this practice “guard your yes with your life.” When you’ve learned to guard your yes, you feel a MILLION times better because you’re not as overwhelmed as you once were.

Boundaries are essential to your health and happiness. They keep you from falling prey to putting the interests of others above your own and help you to make proactive choices. When you don’t have strong boundaries, the frustration that you feel can bleed over into other areas of your life and make it a lot less enjoyable. Being generous with your time, energy, and resources? That’s good. Spreading yourself so thin that you can barely think? Well, that’s not so good. All of us can afford to get better at setting boundaries.

Signs You Haven’t Been Guarding Your Yes

Bad habits aren’t formed overnight. It can take months, years, or a lifetime to determine what habits in our lives are causing us problems. The issue with not setting boundaries or guarding our yes is that it keeps us so distracted with other things that we don’t realize our role in the root of the problem. We think we are tired, or having a busy spell, or just a little irritated, or a lot overwhelmed. If we think about the fact that we’ve said yes to too many things at all, it is a passing thought or regret and we don’t spend enough time on it to actually resolve the problem.

Because it is more difficult to pick up on if it hasn’t been pointed out, here are some signs you haven’t been guarding your yes.

Many of us tend to worship at the altar of busy, so initially we may not notice that we are busier than we want to be; we’ll be too busy thinking of ourselves as super useful because busy=useful in our minds for whatever reason. If you’re constantly overscheduling tasks and events on your calendar, there’s a good chance you have a hard time guarding your yes. You’re not the only one. I would always agree to do things I didn’t care about. I would cram my schedule full constantly. Doing that leaves us overbooked and exhausted. It can also lead to resentment.

If you need some extra practice, consider grabbing a copy Guard Your Yes: The Guidebook from the BGLK store. There are great reflections and exercises in there to help you gain some insight into what you must do to guard YOUR yes.

You Put the Comfort of Others Before Your Own

Another common aspect of being unable to say no involves the need to make others feel comfortable. Unfortunately, this usually means that you’ve compromised that makes you feel uncomfortable. Your lack of boundaries has you bending over backward to meet other people’s needs no matter the cost to yourself. Dealing with difficult people is incredibly draining. You’ll soon burn out from this pattern.

I’d call myself a peacemaker, but I don’t know if that’s accurate. To be completely accurate I have to say that the sound of people who are irritable or complaining is like nails on a chalkboard to me and I have to make the sound stop. For many years, I would step in and volunteer myself as a tribute just so the person who was complaining would shut up. When I think peacemaker, I’d like to think they do it out of the kindness of their heart. I do it to protect my ears.

Whatever the reason, the problem with that kind of self-sacrifice is that it is not helpful to anyone. Not the person doing the complaining, and certainly not you. All it does it breed resentment.

You Feel Angry or Resentful

When you say yes to things you don’t want to do or agree to compromises that make you uncomfortable, you’re bound to have some negative feelings. How many times have you asked yourself “WHY did I say yes to them??” The after yes regret is a long bitter path to walk. Sometimes we begin to project and get angry at others for taking advantage of our good nature. Regardless, learning to guard your yes can free you from the resentment by keeping you from making the bad commitment in the first place.

If you find yourself in unhealthy relationships, again and again, the cause could be a lack of boundaries. This is true in both platonic and romantic connections. Interactions with people who take advantage of you, disrespect your time or put little effort into your relationship often occur when you aren’t clear about what you will tolerate. These patterns repeat in relationship after relationship. Are you to blame for their behavior? Absolutely not, but if you are consistently attracting these kinds of people, examining your boundaries can help you begin to weed out who is in your life that doesn’t mean you well, and keeps new toxic people out.

You Feel Responsible for the Feelings of Others

I spent many years of my life feeling guilty for saying no. Guilty for denying access to me or a resource. For needing time to myself. Having needs that inconvenienced someone would make me feel guilty. A lot of it was based on the abusive actions that were a consequence of denying the people in my life who would be intolerable if you told them no. So I would say yes to everything as a way to avoid being abused.

If I always said yes, nobody would be angry. Nobody would get hurt if I made myself as agreeable as possible. The only problem was that someone was getting hurt: me. Even though I wasn’t being abused for saying no, I was still being abused by taking on things that weren’t my things to take on. I was being abused by being made responsible for other people’s emotions.

I had to learn how to stop. We should always take responsibility if we do damage or cause pain or disappoint someone, but nobody is responsible to coddle another person’s emotions. When you feel yourself feeling guilty, hone in on that and ask yourself what it is you feel guilty about, and if that is really your responsibility.

For example, if your best friend asks you to babysit, and you say no because you can’t, she will be inconvenienced and may even feel frustrated with you. Regardless, if you don’t want to or can’t babysit, and you say no, it is perfectly ok because you aren’t responsible for someone else’s child. Does that mean you are terrible and won’t help her? No. It means you said no and she has to do something else. That’s ok. Questioning where the guilt is coming from is a great start; keep it up and you may soon start to be able to identify other ways in which you aren’t setting clear limits on your time, emotions and resources.

Simple tips to “Guard Your Yes”

It’s never too late to begin guarding your yes

Making small changes will create space in your life. Saying yes to only what you genuinely want to do and have time for becomes addictive. Getting touch with what you need- and what you definitely DON’T need – is an important skill to acquire. Keep practicing, you’ll get there!

I PROMISE you that you will not regret learning how to prioritize what is most important to you. Whatever that important something may be, I hope you enjoy it in health and peace.

2 thoughts on “How to Guard Your Yes (and know when you haven’t been doing it!)”