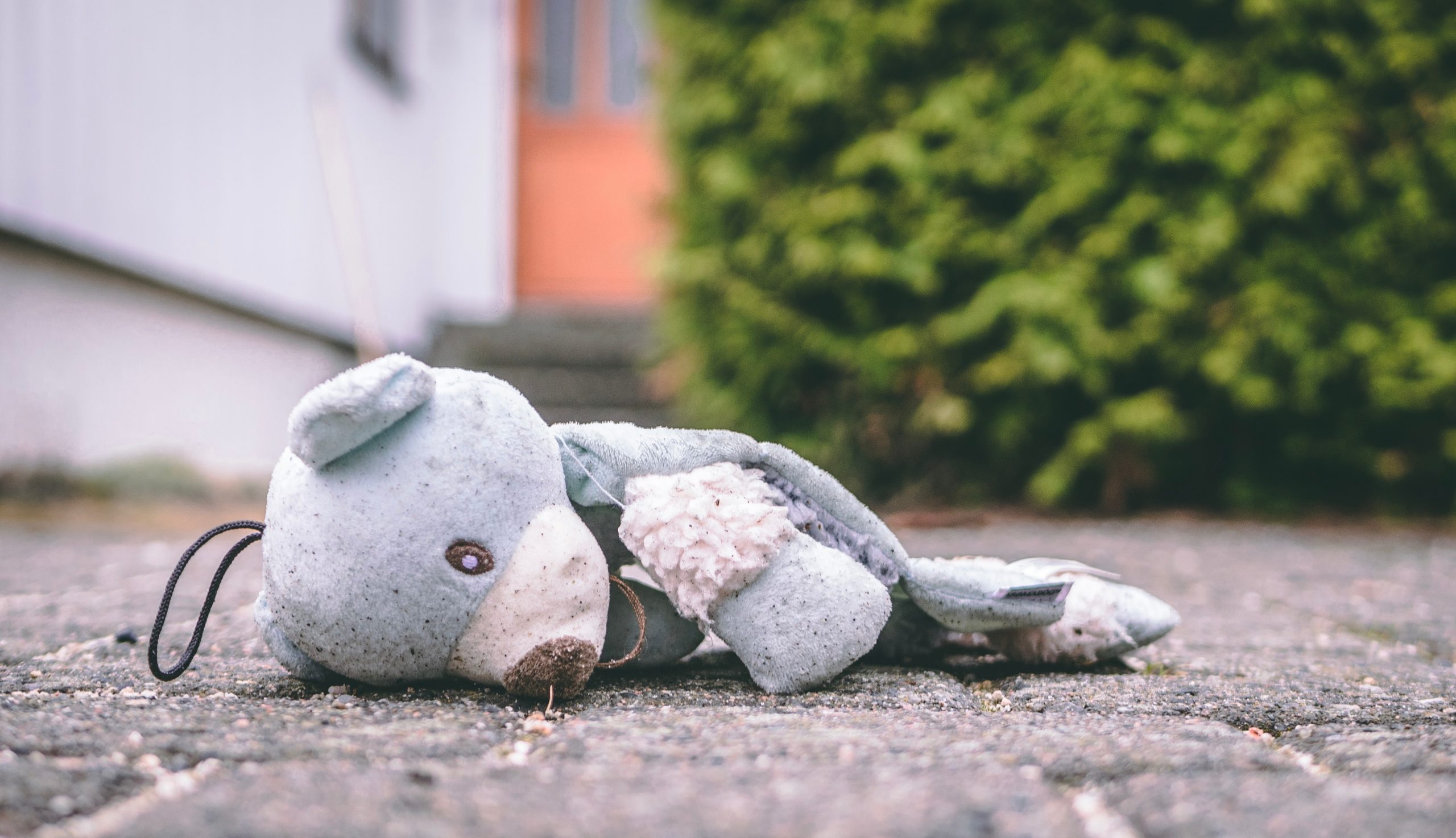 Rejection Sensitive Dysphoria is a raging storm of emotions

Rejection-sensitive dysphoria is like a thunderstorm. I see it coming, dark clouds in the distance telling me to run for cover. Just like I can’t stop pouring rain, I am powerless against the flood of emotions RSD brings on.

Like overflowing waters, those emotions can spill over, ruining the things it touches in its path. Once the storm is gone as quickly as it came, we are left to deal with the aftermath.

It is no secret that those of us with ADHD suffer from a certain emotional intensity. Feeling things more deeply is par for the course. However, rejection sensitive dysphoria is something a little different than that.

What is rejection sensitive dysphoria?

That is where the sensitivity comes in. We are hypervigilant, and a word, gesture, or deed can be taken out of context and misinterpreted. It’s frustrating!

Don’t think that means we are pulling offenses out of thin air. According to William Dodson, the average ADHD child receives 20,000 more “negative messages” in their lifetimes, on average. That means that many of us are seeing criticism or rejection because we are much more likely to receive it in the first place.

People spend much of their time offering up what they believe to be “helpful” criticisms of people with ADHD, but they’re often cruel. Once, when I was newly diagnosed, someone who I had a rather high opinion of listened to me describe the disorder and the symptoms, and replied with ” well don’t worry, even if nobody ever wants to put up with you, you’re a smart girl.”

I can recall often in childhood when my impulsiveness and enthusiasm were made fun of. I was often told to shut up, told that I talked too much, or that the things I cared about were not important. Many ADHD children are raised to believe that they are over the top, too intense, and too much. Not only is it cruel, but it can actually cause ADHD symptoms to worsen. We become accustomed to dimming our lights so we can live among those who are too cowardly to allow their own to shine.

Meanwhile, in order to begin working on a problem, we have to know how to identify it. The symptoms of rejection sensitive dysphoria will sound familiar to you, even if you didn’t know what to call them before.

What are the symptoms of rejection sensitive dysphoria?

Once I learned what the symptoms of rejection sensitive dysphoria were, I realized I have had it for quite some time. Do any of these symptoms sound familiar to you?

These symptoms, in conjunction with our regular ADHD symptoms, can prove to be a true torment. Nobody wants to live a life where they spend the majority of their time angry or use their precious energy to please everyone but themselves.

How do my symptoms manifest? For as long as I can remember, I have been extremely sensitive to criticism. In an effort to avoid criticism, I have missed out on opportunities. For instance, I don’t dance because I never wanted to draw attention to myself.

There have been many times when I missed events because I didn’t feel like I looked good enough or that I would do well enough. I stopped inviting people to my home because I feared that my home isn’t clean enough. Any of those critiques result in a pain that takes my breath away.

In an instant, it feels as though every single bad thing that has been said about me is true. I feel worthless. And in that worthlessness, I feel completely unworthy.

How do you prevent/predict a rejection sensitive dysphoria trigger?

Because we live in the real world, we cannot predict a trigger unless we know we are going to be in a situation where there will be critiques. Some of the trouble spots could be a family gathering, job reviews/interviews, during arguments with friends or loved ones. During those times, there could be a chance that something will be done or said that could trigger your rejection sensitive dysphoria. If you can go in expecting these situations, you can be better prepared for the onslaught of emotions.

When I am triggered, I feel a strong sense of despair crashing over me like a wave that is going to completely wipe me off my surfboard. I feel so overwhelmingly depressed that it feels like I will not survive the onslaught. It makes me want to make rash decisions like ending relationships, moving away, changing careers, whatever will get me as far away from the trigger as possible. For example, I might say something like this:

“I just broke up with my boyfriend. That’s it, I’m never going to date again. I might as well get used to the idea of living alone for the rest of my life.”

In those moments, it feels like the end of everything. That this issue I am distressed about will never be resolved.

When you are feeling this intensity of emotions, it becomes really important for you to learn your rejection sensitive dysphoria triggers. Ask yourself these questions to find out what some areas to watch may be.

Think about the answers to these questions to form some ideas about how you handle rejection and criticism in general. It will help you to form a picture of what causes your rejection sensitive dysphoria symptoms to flare up.

The physical effect of rejection sensitive dysphoria(for me)

Extreme emotional sensitivity not only has an effect on our mental health but on our physical health as well. I never expected it, but that emotional pain can translate into physical pain for me as well. When I am dealing with rejection sensitivity, my back and shoulders tighten up, causing me a great deal of pain.

My heart races, and it feels like my blood pressure is going through the roof. It is a very similar sensation to that of a panic attack. In fact, I manage it much like I would the pain from a panic attack. A bit of ibuprofen, some warm compresses, and those sore muscles loosen up.

As you know by now, rejection sensitive dysphoria is a set of symptoms that can ride along with attention deficit hyperactivity disorder (although other conditions can have RSD as well, I’m not covering those here). ADHD hypersensitivity is well known, we talk about how our senses are heightened when it comes to sight, touch, smell, and sound. We don’t often speak about ADHD sensitivity when it comes to emotions and how that can affect us. Solid ADHD treatment should include a discussion about ADHD rejection sensitive dysphoria.

How to treat rejection sensitive dysphoria

Rejection sensitive dysphoria can show up in other areas of our lives too. Once, during a period of unemployment, I would cry for an hour after I received a rejection notice from a job. Jobs require reviews of our performance. Receiving a negative review can absolutely trigger our rejection sensitive dysphoria, and having reactions on the job are the very thing we want to avoid at all costs.

How do you know you have rejection sensitive dysphoria?

It is important for you to know if you have rejection dysphoria. You are not alone, and there are so many ways that you can get help. Find yourself an ADHD support group and talk it out. Sit with your therapist and work your way through things. There is a rejection sensitive dysphoria test you can take that can be extraordinarily helpful to you.

Rejection-sensitive dysphoria is like a thunderstorm. I see it coming, dark clouds in the distance telling me to run for cover. Just like I can't stop pouring rain, I am powerless against the flood of emotions RSD brings on. Click To Tweet

Sometimes I get discouraged and feel like there is no method that will help me to control my rejection sensitive dysphoria. That is how frustration goes, isn’t it? We become distressed and discouraged and feel like nothing else will ever help. No matter what our emotions are telling us, it isn’t true. Here are some of the ways I have learned to self soothe when I feel rejection sensitive dysphoria coming on.

Feel free to add your own techniques in the comments. It is only through sharing of information and support that we can get to what we need.

This isn’t a comprehensive list of everything you can do to help soothe yourself, but it is a start. Learning to self-soothe when rejection sensitive dysphoria strikes can take time, but it is not impossible. Give yourself the space you need to learn this skill as you have learned so many others in the time you have been learning to manage your ADHD. You got this!

Meanwhile, I’ve put together a treat for you. I created this rejection sensitive dysphoria guide to help you walk through identifying your triggers, releasing the bad feelings from those who have criticized you, and how to plan for a situation that might set your rejection sensitive dysphoria off. I hope it really helps on the way to managing it well. Click here to download your guide!

How To Make Rejection Sensitive Dysphoria and Dating Easier

ADHD and House Cleaning Is a Perpetual Challenge