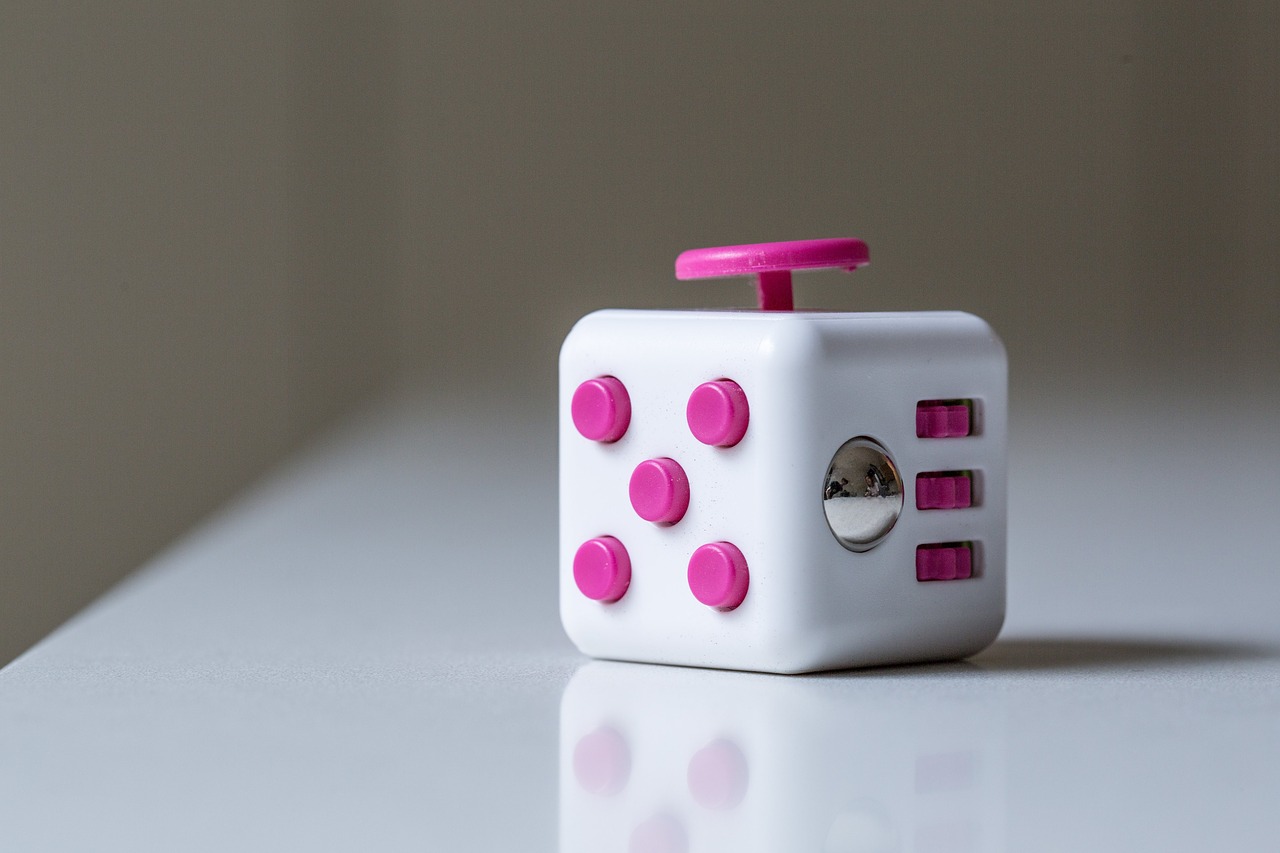 Fidget toys for ADHD are an absolute godsend. It’s funny because nobody knows anything about ADHD EXCEPT that it makes you want to move. Every single person knows what it feels like to have difficulty paying attention. The way someone’s voice seems to stretch out like a rubber band, slowing. Their. Words. Every second of it feels unbearable. Like your arms are shackled to your seat, and you’re slightly dazed, and a river of tepid water is running over you. Everything is grey. The world moves along at the pace of pouring honey on a frigid winter day.

How do fidget toys for ADHD help anything?

That level of painful boredom is something that many can relate to, but few can understand that it is a several times daily occurrence for someone with ADHD. Attention Deficit disorder requires a constant source of stimulation otherwise the world dissolves into grey soupy pudding. Treating your ADHD when it is discovered reduces these instances, but they’re there. They come up when you most need to pay attention too, like when your boss is droning on about something they’ve said a million times or your spouse is nagging you about the thing they asked you to do that you forgot again. Maybe it strikes in the middle of a project you know you should be working on, but you can’t.

Being in a lengthy meeting can make a person go insane. Having something to twiddle around in your hands can make things a lot more bearable. After all, Nothing spells a good fidget that an unusual color. This is a color explosion! These rings are amazing! You can twiddle them around and have a lot of fun. You can get your rainbow ball here.

Ok, neurotypicals, I hear you. That constant chorus that you like to carol at us, saying “everyone has trouble paying attention sometimes.” I said that earlier, but I can almost hear you screaming it as you’re reading my article so let me explain. I know you get bored. I know you understand how maddening it is. Although you’re familiar with boredom, you are NOT familiar with how it feels to be bored to this level so often that it affects your ability to do your job.

This is my favorite fidget toy of all time. A relative of mine who is 8 came over to visit. He was bouncing off the wall and getting into trouble, and finally, I realized he was bored and that was what made him so unruly. So I handed him my fidget pen and asked him to sit and talk with me a while. Ten minutes later, I pointed out to him that he was able to sit still without a problem, and he was SO proud of himself. You won’t regret getting this fidget pen.

ADHD fidget toys can be used as a great coping skill

Boredom can also make it difficult to maintain relationships, get through higher education, or I dunno, take care of the huge pile of laundry that is slowly taking over your entire bedroom. That is the huge difference between being bored to the point you can’t pay attention to. That’s what makes my boredom more damaging than your boredom. There, now you know. I hope that helps. Stop saying “everyone gets bored/has difficulty paying attention” to us, it is condescending. Thank you.

When is the last time you were having a conversation with someone and it begins to all bleed together in the edges of your mind? Take this orbiter fidget toy for a spin – can you tell I like magnets a lot? Anyway, you can move this around and get through your conversation with little to no trouble. Grab it here and start fiddling!

Fidget toys aren’t the only way to fidget

Fidgeting in people without ADHD looks like being disruptive, disrespectful, and otherwise not paying attention. For people with ADHD, it can provide the stimulation we need to get your message through to us. Unfortunately, it doesn’t usually look that way to the outside world. I would crochet in every class that the teacher would allow me to, and in those classes, I often thrived. When my mom heard, she hit the roof! It wasn’t until years later when I learned about ADHD that I realized my brain was doing just what it needed to do to help me pay attention. I could have used some fidget toys for ADHD, but they didn’t have them then.

Putty is moldable, fits in the palm of your hand, and is a fantastic ADHD fidget toy to use when you can’t make any noise and you’re not in a place where people hate unicorns and happiness. This putty is clear and glittery and full of joy. You’ll love everything about it. You can find your glittery goop here.

ADHD Fidget Toys Are So Much More Than Fidget Spinners

When people think of fidget toys they often think of those terrible fidget spinners that most of us can’t stand. Every child I knew suddenly popped up with a fidget spinner that supposedly was supposed to be a helpful product but instead was a disruption that prejudiced many folks against classroom fidgets. ADHD children in school can benefit from a fidget but it needs to be something they can use without distracting their fellow students. The same goes for adults on the job. Products like putties and stress balls give us the tactile stimulation we can use to focus.

Ok, I know I already showed you a pen but this one you can make into a little magnetic person and I think it is the cutest thing ever. The other pen is awesome, but it isn’t an action figure. I KNOW this is going to get you through a meeting, a conversation, or a movie you can’t sit still for. Beats the heck out of spinning a fidget spinner. Get yourself a pen right here.

There is a whole new world developing around neurodivergence. Many of these things are becoming mainstream, from weighted blankets to noise reduction earphones and more. I love seeing them because even though it is frustrating to see people doing things they once shamed me for, I know that popularity means more accessibility for the people who need it, and that is what it is all about in the end.

Remember how often you would get scolded for chewing on erasers and pen caps and other items? This would have given you much less trouble and been a lot more sanitary. These sensory necklaces are made of soft silicone so you can chew safely and get your stimulation in. This is perfect for keeping yourself present during a class, or soothing you when you’re feeling nervous. Be sure to keep this around your neck for moments when you need something to keep you entertained. You can get your sensory chew necklace here.

Now it’s toy time. Accessibility means I can get a wide range of fidget toys just about anywhere. I scoured Amazon, and I brought you all kinds of fidget toys for you to go grab. May you fidget happily!

What’s better than buying one ADHD fidget toy at a time? Buying yourself a huge bundle of toys for ADHD. There are 32 different pieces of toys to keep your mind occupied, entertained, and stimulated. They’re bright colors, soft, squishy, turny and tons of tun. Also, 80s kids: peep the Rubix cube! I loved them, but I never could sit still long enough to try to actually solve one. DID like disassembling them and putting them back together, completely assembled and perfect. How they didn’t realize I really DID have ADHD will forever be a mystery. With this bundle, you’ll have enough stimulation to share with a friend. Pick up your pack here.

With this infinity cube, you can configure your toy into an endless array of arrangements. That means it will take a long time for you to lose interest in this toy. Use it when you need to listen to a lecture, while you’re listening to a podcast, or while you’re waiting for the timer to tell you that dinner is ready. Head to infinity and beyond with your cube by heading here.

Fidgeting is a healthy way to keep yourself engaged during times when stimulation is low. Give yourself the gift of attention by getting yourself a great ADHD fidget toy today.

The Challenges That Await Your ADHD Middle Schooler

What You Need To Overcome Shame With ADHD