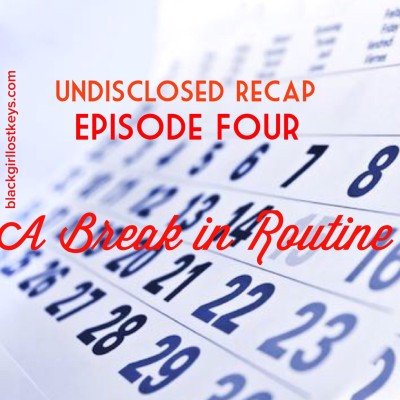 Routine can cause you to do things without thinking. Have you ever headed to a place that shares a route with your commute to work? I know I have, and I’ve wound up halfway to my job before I’ve realized I wasn’t heading there. I’ve missed important appointments because I was so caught up in my ordinary schedule that I just forgot. It isn’t just me. You know all those cases of children being left in hot vehicles? What do the parents so often say? “I don’t usually take my child to daycare, I drove straight to work and never realized what I had done.” Routine is powerful. The positive effects of routine have been proven; but what about when a break in routine causes us to miss something we would otherwise have picked up on?

Hae Min Lee Disappeared at a strange time of year. In January, school is just picking back up from the holidays to begin with, ?everyone is trying to settle back into routines, yet there is a series of changes that happen around the time of Hae’s appearance. Adnan is prepping for a talk at the mosque for Ramadan. An ice storm shuts school down for two days. Don’s work schedule puts him at a different store around the time of Hae’s disappearance. Jay starts a new job at the porn store. There was enough going on in everyone’s lives that it was three weeks before everyone realizes that Hae hasn’t just run off to California, something is truly wrong.

Once again, I’m struck by the incompetence of the Baltimore PD. As if their interview tapping wasn’t enough, now we find out that they have roped a teacher into interrogating students for them? Sorry guys, she’s not Jessica Fletcher and this isn’t TV. Since when do we allow people who are not police officers to do questioning for the police? Why do they allow Don’s alibi to go unconfirmed? Where the heck is Hae’s computer? Did they ever find anything in the search of the AOL Asian chat rooms? With all of these shady characters around, why did no one’s background get pulled except Adnan Syed’s? At least we know one thing about them: they are consistent.

Despite the fact that Colin, Susan and Rabia all have their own lives to lead, they are still managing to keep the quality content coming, and it is making a serious impact! Adnan’s appeal is no longer a “Hail Mary”, it is heading in a positive direction. One of the founders of the Innocence Project signed on as counsel. What once began as a slight chance is becoming more of a possibility: MD may just have to #FreeAdnan!