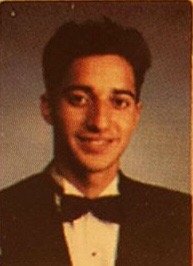 There are new developments in the Adnan Syed case that have come out. Now it is looking like no matter what they initially thought, Maryland is going to have to #FreeAdnan. I’m happy about it, truly. As happy as anyone can be when justice seems like it might prevail. It’s so rare for us to get that kind of closure in real life; usually we have jagged shards of a story we have to make do with. What I’m curious to know is what kind of reparation does MD intend to give to this man, what compensation can be given to restore time, the true un-renewable resource? Somehow I can see it like it has happened for so many other people who have shared his fate: a lame apology and a financial settlement that is nowhere close to touching what the falsely imprisoned have suffered.

Can an apology give him the glow from a youthful love affair? Will it help him remember how to drive? Can it wipe the memories of the horrors he surely was exposed to in prison? Could it break the shell of hardness he must have developed to survive such an ordeal? What about the pain of leaving friends he has known for his entire adult life, knowing the hell he leaves them to? Will anything take away the exposure to a world of which he should never have been familiar? Is Maryland going to help him work his way through being institutionalized? Are they going to put a price tag on his mother’s tears? Preposterous.

Maryland has taken something from Adnan Syed for which an apology will not be sufficient. They have ruined something no money can replace. They should come on bended knees to make amends. They should beg not only his forgiveness but the forgiveness of his entire family, the Baltimore Islamic Society, and indeed the nation at large for ever allowing such a grace injustice to occur on their watch. In order to even begin to touch a fraction of what this man is owed, Maryland needs to blow the top off this whole case. Make real amends. Hold someone responsible for this, whether it be Urick, the police, Christina Guitierrez or any combination that will suffice. The state of Maryland must set a precedent for all states to show that the sloppy detective work and the discriminatory prosecutions leading to these wrongful convictions will no longer be tolerated. Maryland: take the first step toward reparation for a terrible deed. ?#FREEADNAN.

Until next time,
Ren?