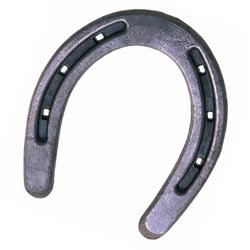 Dana, I know you don’t agree with me.

I know the evidence, presented as it is, could make your case for you. That in order to wind up in prison for the rest of his life in these circumstances would have to make him very unlucky.

Adnan Syed is the one of the luckiest men alive.
I’ll tell you why.

1. Of all the stories, of all the prisoners who have been wrongly convicted, we know his story.

There are a lot of untold stories out there. A lot of cynics will tell you every man in prison is innocent, and leave it at that. Look how long people in similar situations have had to wait to be heard. The fact that we even know who Adnan Syed is indicates he is FAR luckier than the average bear. What is the likelihood that Rabia Chaudry would be able to convince a journalist who wrote about a lawyer for a publication she no longer works for not only to look at a case, but take it and make it an overnight phenomenon? That’s no blight on Chaudry’s persuasive skills; she is a more than capable attorney, aka she knows how to be convincing. But even so, what are the odds?

2. Despite so much apathy in the world, Serial has captivated us.

When was the last time you saw so many people rally behind anything of the sort? We can’t agree on democrat or republican, Christian or Atheist, hoedown or hootenanny, but we know this: something shady went down here, and we want to know what it was. Serial is reopening dialogue about how we interrogate, try and convict people. It is highlighting the cases of others who are suffering the same fate as Adnan. If that isn’t luck, what is?

3. Adnan, unlike a lot of men is prison, is loved.

There is a reason why Adnan and Sarah could spend so much time on the phones; did you catch it? Most of the men who have been in prison for a long time have no one to call. Innocent or guilty, as years pass people forget you. They move on with their lives while you literallyare stuck in the same spot. Soon there is no one left to hear from you. If you asked any of his fellow prisoners, they would probably say he’s pretty lucky.

We don’t share a religion, but I can testify anyway: there is no hardship that I have gone through that my faith in Jesus has not made more bearable. I am sure Adnan’s faith sustains him in the same way. To have faith is to have an answer to the great whys of life: why me? Why am I here? Why does it hurt so bad? It also answers the how: How can I go on? How can I stay sane? How can I not become bitter? It’s the most simple to state but hard to apply: have faith. Have faith that your Creator knows what he is doing, and is allowing your life’s circumstances to bring out the very best in you.

5. Adnan Syed has friends, and he IS a friend.

Krista. Rabia. Saad. Asia. The young man from the mosque who remembers Adnan’s kindness to him and could not keep silent. A close friend of mine went to Woodlawn, a fact I discovered one day while encouraging (aka demanding) that she listen to the podcast as a Baltimore native. Her response floored me. Oh yeah, I know about that guy. We ran track together in high school. She recalls seeing him the last day he was in school before he was arrested, and he was complimenting her and her boyfriend. That’s how I think of Adnan; a man who everyone loved because he loved everyone. No one who knew this man seems to be able to produce anything negative about him except childish pranks; even in prison his record is exemplary. Think about that. How many people can you say that of?

There is one more story I’d like to share with you. To set the scene, Jesus and his disciples are out and about. Read what happens:

John 9:1-3 As he went along, he saw a man blind from birth. His disciples asked him, ?Rabbi, who sinned, this man or his parents, that he was born blind?? ?Neither this man nor his parents sinned,? said Jesus, ?but this happened so that the works of God might be displayed in him.

When I think of all the bad things that converged together to put Adnan in prison, I don’t think of luck at all. If these things were left only to chance, I shudder to think of how many more cruel twists of fate we would learn of. I have a choice in what to believe, and I don’t believe Adnan Syed is unlucky. In the end of the story, the blind man’s sight was restored. I believe the Lord is going to show up miraculously for Adnan too, and restore his freedom.

17 thoughts on “He must have a horseshoe: Adnan is NOT unlucky”