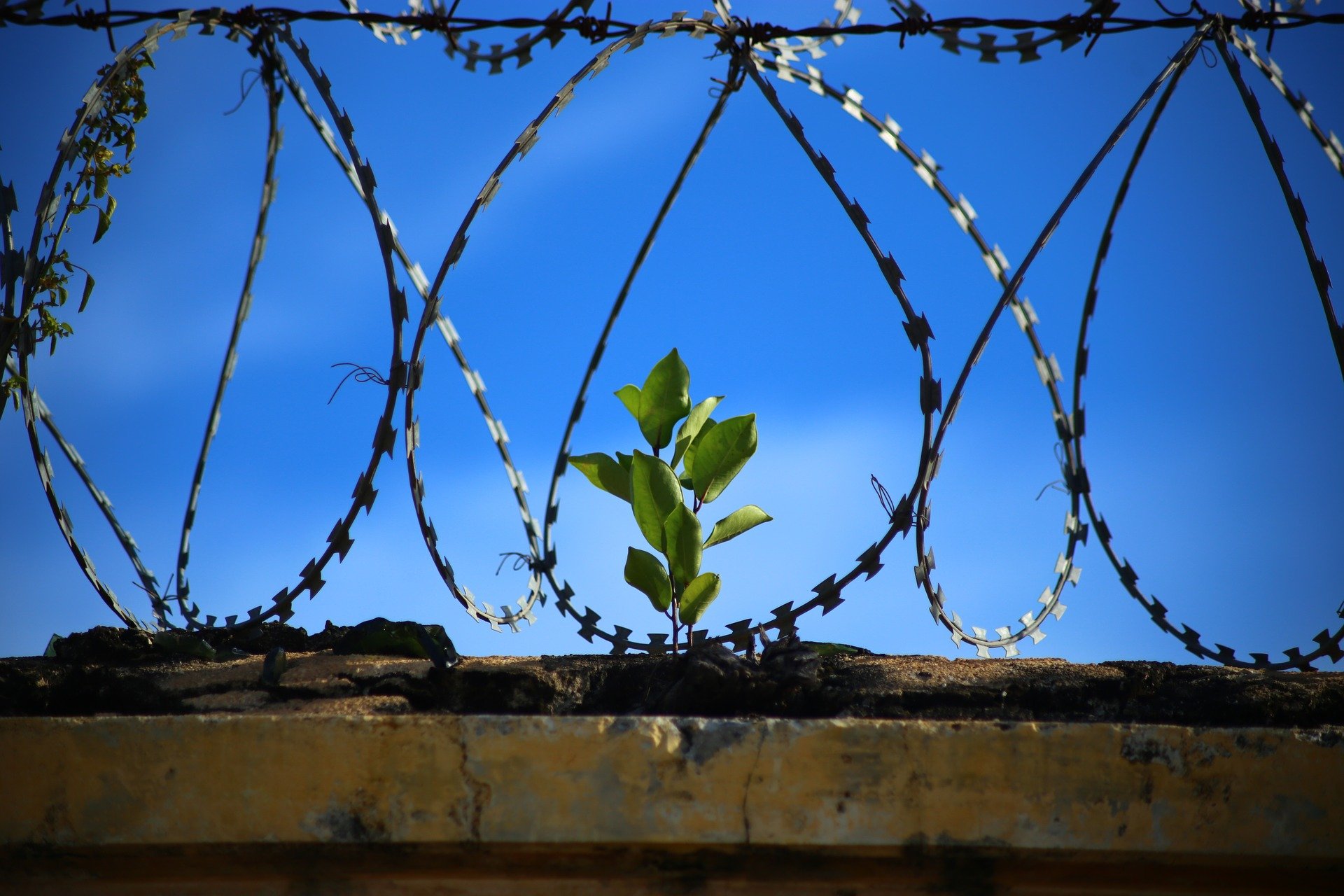 When I first learned about Adnan’s plight, I was surprised at the level of peace he found with the life he was forced to live in the place of the one he had planned.

Here was a man who had been stripped of all his opportunities, his family and his freedom. Despite this, he said he has found peace, made friends and created a life for himself in the chaos of prison walls. This inspired me; even though I wasn’t in jail, I knew all about prison. I was living in a prison made of my own fear.

Living in my own prison

I don’t know when my relationship became abusive; trying to pinpoint it is like trying to catch the instant dusk turns to dark. One moment you are losing light and before you know it, you can’t see in front of you. I went from being perfect to never doing anything right. I went from beautiful to bitch. I became scatter-brained, anxious apologetic and confused.

The more embarrassed I was, the more I withdrew until it took a Herculean effort to leave the house, to shower, to get out of the bed or off of the couch. I was alive, but just barely. I was physically free, but I still woke up feeling trapped. At the edge of sanity, I checked myself into a hospital. I went in suicidal. I came out apathetic. . . I didn’t care if I lived or died.

Looking for something more

Listlessly searching the net for something to catch my fleeting interest, I ran into this Slate article about a young Muslim boy who had been accused of murdering his high school girlfriend. Millions of downloads, MSNBC, Undisclosed, and a whole world later was to come, but right then it was me and my iPhone, listening to this tale spin out of a romance gone wrong, a group of faithful friends with a trunk of legal files, and a strange cast of characters.

As I listened to this young man’s story, some things fell into place for me. . . the main one being this: Even in our prisons, we do not have to stay inmates. Freedom is a state of mind. I’ll always be grateful to Adnan for that moment. . . without taking a step out of his prison, he freed me from mine.

It only takes one thought

That one thought empowered me to change my life . . . and what better way to honor the man who inspired me than to use my freedom to help inspire others, and to bring awareness to his story? Now you FINALLY know why Adnan Syed is spoken of on a blog about ADHD. I started this blog, healed my mind, and saved my life.

Ask yourself: what are you doing with your freedom today?

If you do not know Adnan Syed’s story, I encourage you to start with Serial to learn the story, Move to Undisclosed to get the hard facts and help #FreeAdnan

2 thoughts on “Did Adnan Syed Free Me?”