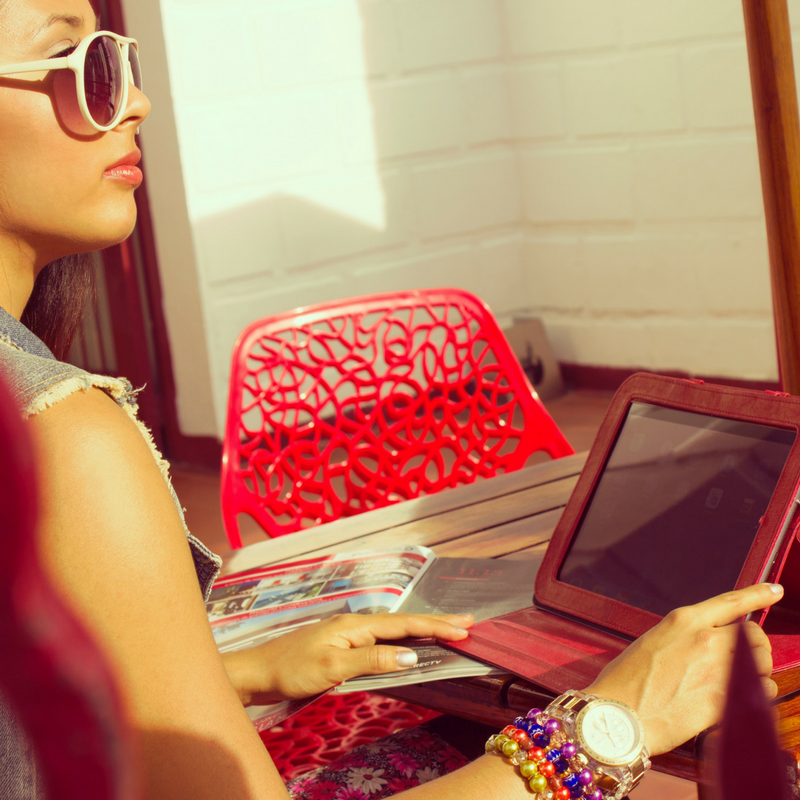 This procrastination post has affiliate links in it that help me fund blogging about procrastination. If you purchase something, I will NOT procrastinate on using those funds to keep the content coming.

It is a riveting night at the house of Brooks, aka the Palace of Procrastination. There is doo-wop, knitting needles, new crochet projects being planned and funny dog selfies being taken. I?m contemplating new projects for the people I write for ( did I mention that I write for blogs full time now? Here?s the course that taught me how) and thinking about the future. I sound really productive and balanced, don?t I? Here?s the thing: NONE of those things are what I am supposed to be doing tonight. I am moving in six days, and besides a brief plan in my head about the way the move will be organized, NOTHING is done. I don?t have much to move, but even so: why on earth am I doing this to myself? That, ladies and gentlemen, is the power of procrastination.

Procrastination and I have been together so long that we may as well get married (we ain?t getting no younger). Even though I didn?t have a word for it then, as a child I struggled with putting things off until the last minute or finding something, ANYTHING to do besides what I?m actually supposed to be doing. As I sat at my computer tonight, desperately trying to will my mind to work on my latest blog post for a client, I thought back to many afternoons as a child where I sat for HOURS attempting to complete a homework assignment. See, when I was a kid, I wasn?t allowed to go play or do anything fun until homework was done. What did that mean for a child who couldn?t focus and dealt with constant procrastination? It meant the couch and I got really well acquainted. ?Just get it done, Ren?,? my mother would beg, impatient for me to finish so she too could move on with her evening. I tried, I really did, but I couldn?t quiet my mind, and everything that everyone else was doing was majorly appealing to me. Was that a piece of lint I caught out of the corner of my eye? Was there a song I liked playing on the jukebox downstairs in my grandfather?s bar? Could that have been a couple outside on the street arguing that I heard? Anyone could see how those sounds and conversations would be more appealing to the senses than, say, my math homework. The world was my amusement park and the price of admission was what? Completed homework. There has to be a better way, right? Here are a few of the things I have learned to do when my brain just won?t do what I want it to do:

Turn that task into a time trial – If I HAVE to do it, I want to get it done as fast as possible so I don?t have to deal with it. Making my unpleasant task into a game has allowed me to see it differently and just get started. Which brings me to step two.
Start at step one – Sometimes the idea of having to complete a task is overwhelming because we see the task as a whole instead of looking at each step individually. Instead of doing that, start with step one. Instead of saying that you?re going to ?clean this room,? say ?I?m going to vacuum.? Once you?ve done that, then declutter, and so on, until the task is less overwhelming.

Don?t scoff at the little bit of progress you ARE making – People with ADHD are so hard on themselves. When you spend a half hour beating yourself up before you begin a task, OF COURSE you feel less than motivated. Change your attitude about yourself, read some motivational books or something. Being mean to yourself won?t change anything.

Try a timer – If your task really is that unbearable, give yourself ten minutes to work on it, and after that leave it alone if you?re not into it. Buy a loud timer or use your cell phone and get to it.

Give yourself a break – If you absolutely cannot deal with the task, take yourself a good old fashioned break. Stress produces anxiety, and for many of us with ADHD feeling that unpleasant sensation can completely shut us down, making us even more unproductive than ever.

Have a vent session – Talk with a friend, go blast the situation, sit down and write a blog post (see what I did here?). Speaking on what?s bothering you can bring you some clarity on what is causing you so much stress and help you to work it out through suggestions with friends or just being able to see it differently once you start to calm down.

Meanwhile, I?m putting the knitting needles down. I have books to pack, and three days left before the big move. If I can get it done, you absolutely can too.

P. S.? – If you’re sick of procrastination, pin this post to show all your folks!

3 thoughts on “Procrastination Has No Power Against These Tips”