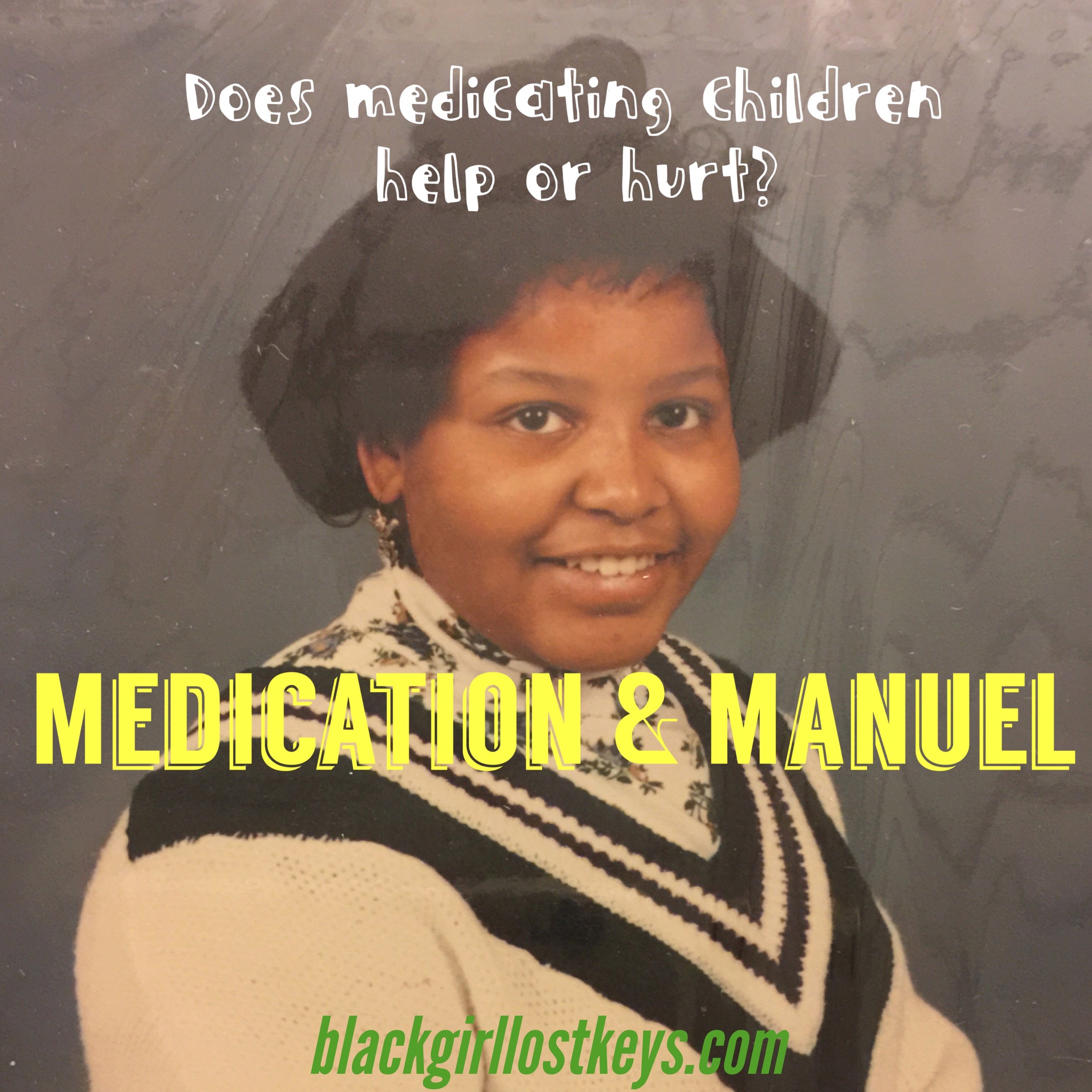 Not every ADHD story is a success.

Most are works in progress.

I can’t say I have it all under control yet, but I’m trying. One of the things that helps me, quite frankly, is medicine. Which originally felt like a failure. You see, my mother spent a great deal of effort to keep me unmedicated.?

I did a podcast the other day for ADHD reWired in which I raised some points about the educational system and the epic battle my family waged to keep me off of medicine. That started somewhere. You see, my mother wasn’t just going off of intuition here, she had a real life example of ADHD medicine to go on: my friend Manuel. His life has influenced mine in a way that most people would attribute to a spouse or a parent. Our friendship literally changed the course of my life.

Manuel was funny; like young John Leguizamo funny. He was my friend at that awkward time that kids have in what they now call the “tween” years. He could make you laugh yourself sick. Manuel had one of the worst cases of ADHD I have ever seen, one that fueled his propensity for mischief. He regularly interrupted our fourth grade classes, and sometimes our teacher would literally have to carry him out of the classroom when he refused to walk to the principal’s office.

Manuel’s antics still stick out in my mind: the day Manuel tried to jump out the window of the classroom ( first floor). Manuel torturing the student teacher, popping up every 3 minutes. Manuel pretending to be a dog, crawling around the classroom on all fours. His tricks delighted and disgusted us. After all, sometimes you want to laugh, sometimes you just want to learn.

I’m not sure when we became friends outside the classroom but I know we went lots of places together. One thing I remember from this period of time is that my mother became very concerned about the about the contrast between when Manuel took his meds and when he didn’t. You see, when medicated Manuel went from vibrant, energetic and playful to quiet and contemplative. To quote my mother, he was “a zombie.” Unfortunately, not long after I was diagnosed for the second time with ADHD. My mother, enraged assured me I didn’t have to worry about being put on anything that would make me feel like that.

As you can see, Manuel was all but a poster child for the naysayers of ADHD. He was a young minority child, he was a behavior problem in the classroom and he drove his mother crazy at home. Is it possible they drugged him because they didn’t want to deal with him? I don’t know. I do know that he possibly was over medicated, but without it he was impossible to contain. I think Manuel needed a little more attention and a little less medicine. I haven’t seen Manuel since I was nine years old, but wherever he is I hope he doesn’t jump out of windows and that he can still make someone laugh until their stomach hurts.

5 thoughts on “Medication ?and Manuel”