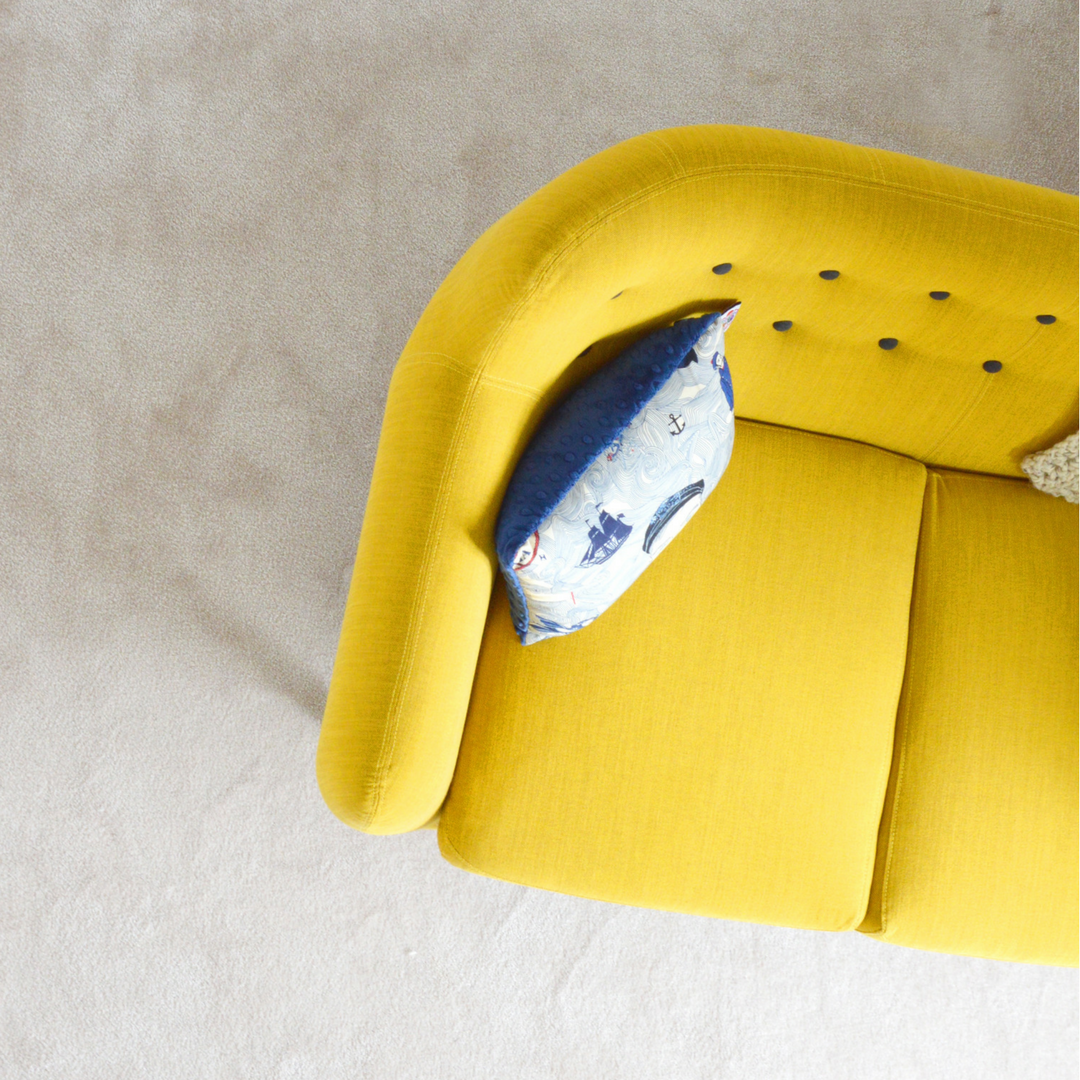 Part of managing ADHD is getting ADHD therapy, and you gotta go hustle a good therapist up. If you have ADHD, that means you more than likely have spent some time on somebody’s couch. Getting an official ADHD diagnosis means you have to go find a doctor and answer a series of questions truthfully. Doesn’t that sound easy? You know by now it is never that easy.

I’ll put it to you this way: everybody has a mom, and moms look out for us. They keep us safe. Your mom probably told you not to go into everybody’s house. I’ll go a step further and tell you this: don’t just sit on everybody’s couch.

There is such a thing as BAD ADHD Therapy

ADHD is not a new disorder, but there sure is a lot of REALLY BAD information out there about it. After all, if you’ve read my story, you know that my pediatrician’s advice to my mother post-diagnosis was “give her more responsibility.” Thanks a lot, doc… that’s absolutely the WORST advice that he could have given. ADHD is a neurological disorder, not a failing of parents to assign tasks. Since you’re wondering, I was assigned dishes. And I procrastinated on doing those dishes. Procrastinating on doing the dishes got me into a lot of trouble . . . I think I spent most of my teenage years grounded. So what I’m saying is this: just because someone is a professional, that doesn’t mean that they understand ADHD. Here is why it is VERY important that you take your time and find the right therapist to begin your ADHD therapy.

No, really. It IS great when you have someone in your corner who understands your disorder. Therapy can help you deal with lingering shame, problems in your family of origin, and teach you techniques to deal with ADHD and the comorbidities that come along with it. ADHD therapy is about so much more than your diagnosis, it is about getting you the tools that will help you begin living your life after the disorder stops you in your tracks. Speaking of which, I found a black therapist and it was life-changing. Click here to read all about that.

Many do not understand ADHD

Yeah, I know we talked about people not understanding already, but I’m mentioning it again. Successful ADHD therapy depends largely on you finding someone who is going to help you. Have you ever asked someone for directions who doesn’t know where the hell they are going? You got lost, didn’t you? ADHD therapy is like that. If you have a qualified professional who is giving you a bunch of nonsense, you are going to get very confused about what you need to do in order to manage the disorder.

You’re paying for this advice

Many people with ADHD are underemployed or unemployed. Symptoms like distractibility and lateness can make it very difficult for an employer to understand. That means you may not have a lot of money, and the last thing you want to do is spend that money on stupid advice that doesn’t work. Nobody likes wasting money, especially when you don’t have money to waste.

You wouldn’t ask a urologist to clean your teeth, don’t ask the wrong expert for ADHD Therapy!

Kinda gross metaphor but think about it! Your family doctor can diagnose you with ADHD, but they have to know a little bit of everything. Think of your family doctor as a jack of all trades. They will know where to steer you for guidance, but when it comes to a comprehensive understanding of ADHD? They may not have enough training (unless that is something they have specifically chosen to do, they don’t HAVE to have a ton of training about ADHD).

Let’s not leave our mental health specialists out of this: many therapists, psychologists, and psychiatrists are trained to deal with a variety of disorders. ADHD is constantly being researched and there are still lots of myths floating around about how to deal with it. ADHD therapy that is going to help you requires someone who is going to be in the know, not someone who took a class twenty years ago and considers themselves an authority. Too much has changed, and you need treatment that is going to help you NOW.

So, what do I do to find a therapist?

I’m glad you asked. Here are a few great links. Find a professional who is well versed in ADHD therapy, and ready to help you begin life anew

ADDitude’s 10 Therapists Who do More Harm Than Good

In addition, you want to make sure you know your stuff going into this appointment. I know you are not a professional, but you live every day with this disorder. Nobody understands ADHD as well as someone who is living with it. You want to make sure your therapist at the bare minimum meets these criteria before you begin ADHD therapy:

Critera for a good therapist

Beginning ADHD therapy is exciting and you are going to learn so much about yourself. You are going to learn tips, tools, and tricks. The tools are there to make your life work in a way you never imagined was possible. It is IMPERATIVE that you don?t let someone who is misinformed or just plain mean mess this up for you. Find an amazing therapist, and start on the ride of your life.

How An ADHD Diagnosis Transformed Me

What You Need To Know About Rejection Sensitive Dysphoria

6 Grounding Techniques That Plug My Mind Back Into The Present 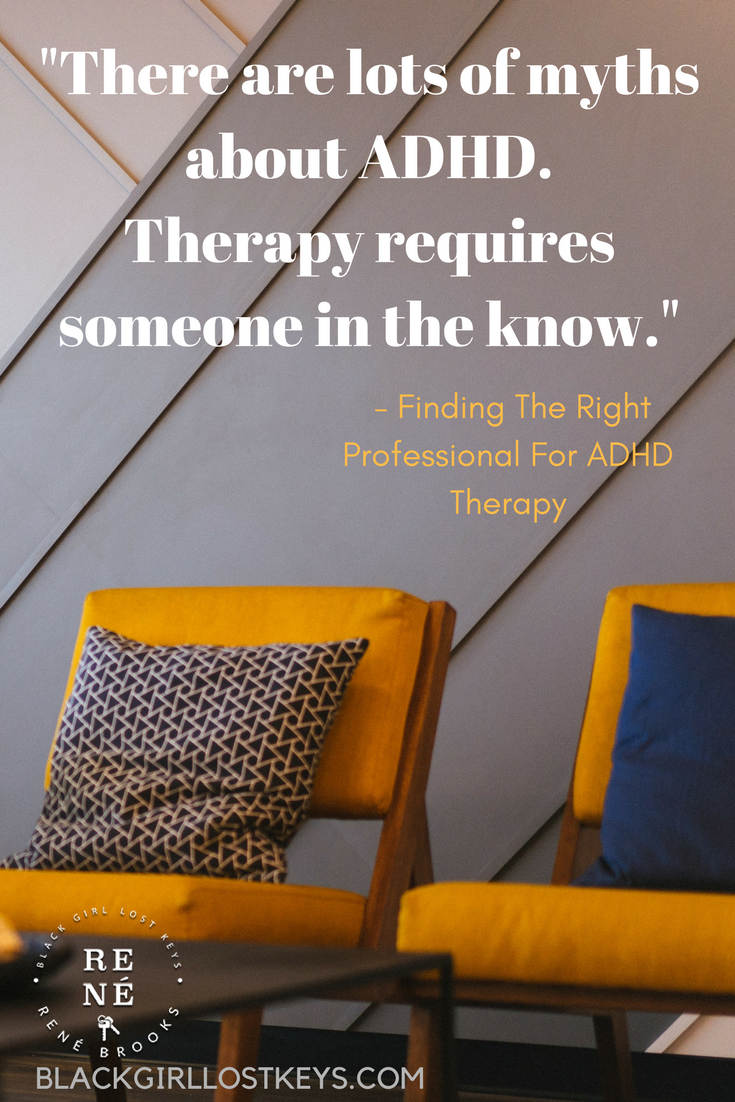 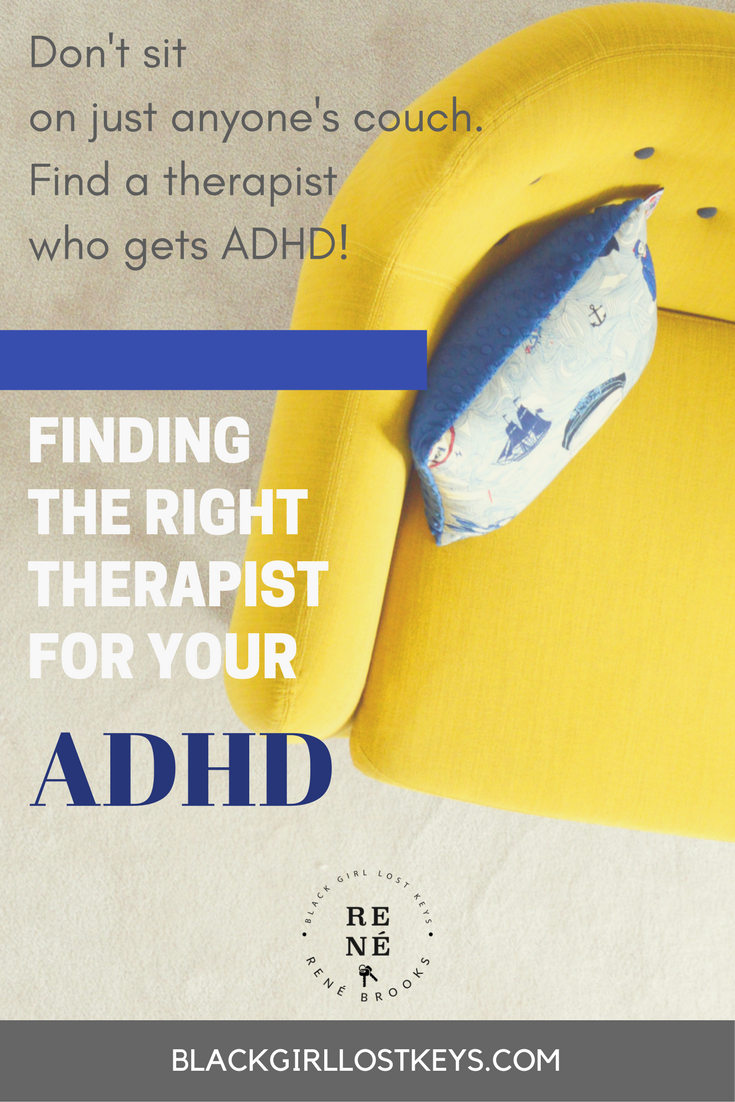 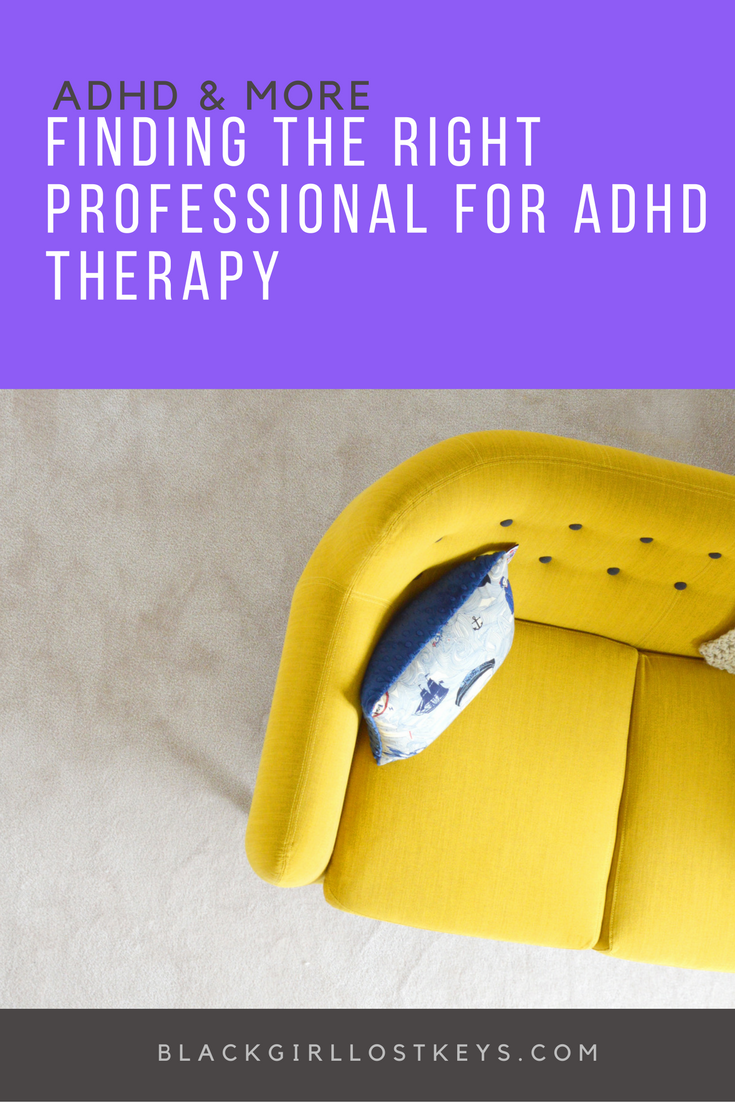 2 thoughts on “Finding The Right Professional For ADHD Therapy”