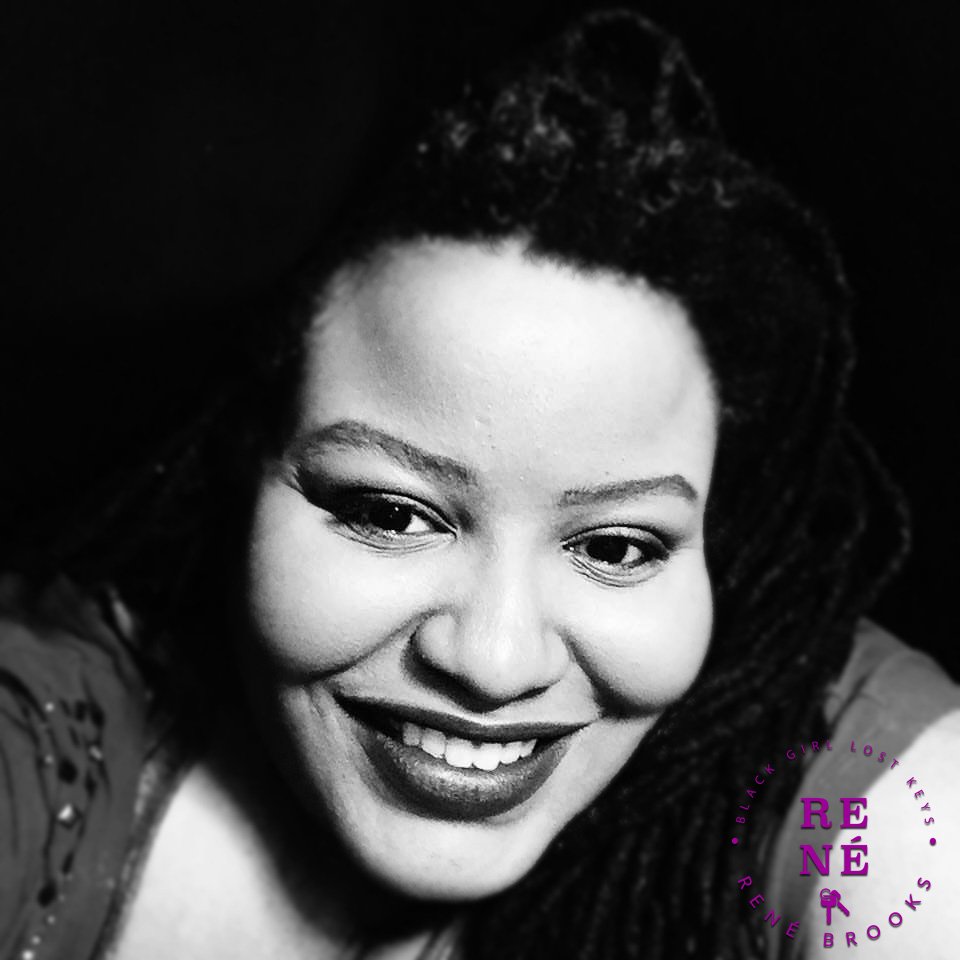 An ADHD diagnosis can change your life.

My ADHD diagnosis certainly changed mine. Three years ago I wrote this post, and boy has my life changed. Since then, I have moved, changed my career, switched up my circle, and life is completely different. I still remember how it felt when I sat down at my computer to tell you the story of how one trip to the therapist changed a life that had been full of frustration, lack of success, and depression. It isn’t a unique story; people are changing their lives every day because of an ADHD diagnosis. I hope that hearing what happened to me inspires you to know that you’re not alone and that you CAN move forward. 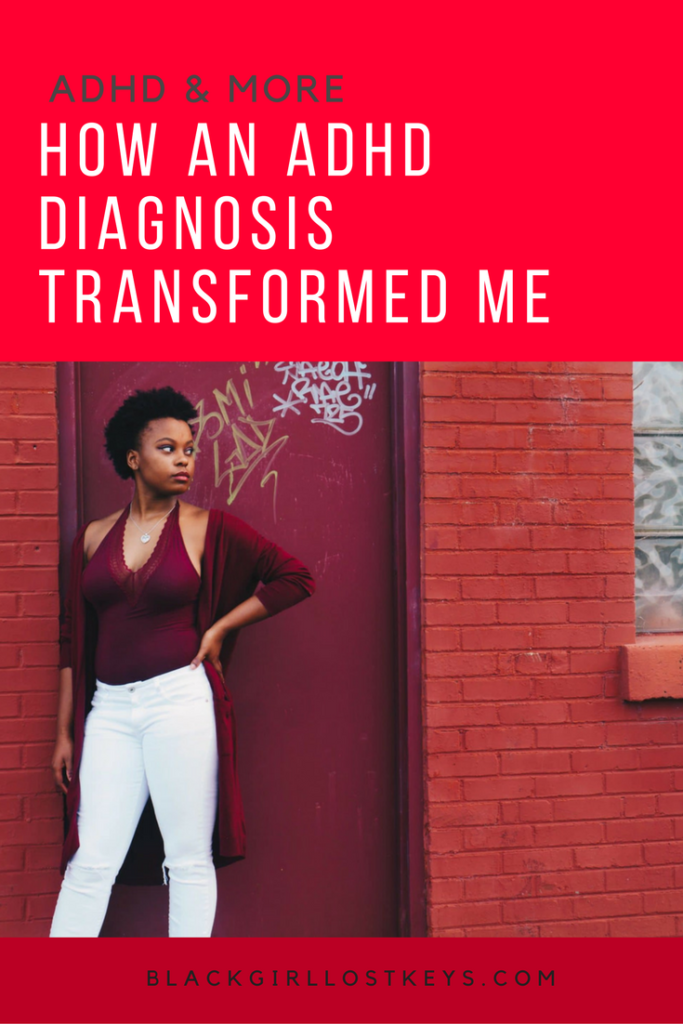 The pathway to my ADHD Diagnosis was long. Here’s how everything happened

It was 2010, and I was working for one of the largest health insurers in PA. Productivity was a struggle for me: I couldn’t concentrate, work was stacking up to the point that I was afraid for my job, and I had no idea why. Naturally, at first, I did the logical things to improve the situation. I tried harder: I stopped talking with coworkers, stopped taking breaks and lunches, and pretty much stopped being me, but even then I couldn’t produce. The work pile grew taller.

Undiagnosed ADHD made my life unmanageable

I had always struggled with waking up in the morning, but now it was impossible: I couldn’t sleep at all, and when I did sleep, I couldn’t wake up. My mind raced, and I kept thinking that if I would just go to sleep sooner that it would get easier but it never did and I couldn’t understand why. Instead of sleeping, I tossed and turned, I struggled awake to claw my way through an hour commute to get to a place that seemed less and less like a viable option for employment and more like a jail. My head ached; my eyes swam with tears at the drop of a hat. Emotions were fluctuating and I was irritable with people I didn’t mean to be irritable with.

After speaking with my family doctor, she recommended a prescription for anti-depressants. Obviously, I was depressed and needed to begin them as soon as possible to start feeling better. Along with the pills was a referral to a therapist and I scheduled an appointment with her. My appointment was a month away, and things kept getting worse.

I began to crack under the pressure of it all

One day on my way home from a friend’s house I broke. Weeks of frustration, striving and the futility of it all came overwhelmed me all at once. I wanted to lay down somewhere and just . . . stop. Stop working, stop moving, stop breathing. When I say broke, I mean I cried hysterically. . . full-on Kerry-Washington-ugly-cry broke. I had to pull over because my tears were blinding me.

That’s when I got scared. I took a sabbatical from work. I went to the therapist weekly, met with my family doctor bi-weekly to monitor things. My family tried, but they didn’t know how to reach me. They looked at me with sideways glances and tiptoed around me like I was a postal worker on the edge. Well-meaning advice like “everybody gets sad sometimes” and “you’re strong, you’ve just gotta be tough and pull yourself out of this” was served up, reheated and served up again. Nothing worked.

Therapy gave me hope but I still struggled

One day, as I was picking over the bones of my childhood again for the therapist, I saw her eyes light up with recognition for the first time. All I had said was that I had been diagnosed with ADD as a youngster and my mom had pretty much put a veto order in on the idea. My mother had this idea that people were attempting to drug minority children up, that this ADD thing was the excuse, and that was the end of it.

More on that later, back to the therapist: I had been speaking to this woman for weeks, yet this was the first time I felt like I had said something to her that she could use to help me. Before she had listened quietly and politely; she gave me a few exercises to help with my depression. I had questioned my family doctor’s choice in recommending this woman to me from the very beginning. She reminded me of Mrs. Frisbee from the Secret of NIMH — timid, easily flustered and skittish.

The not-so-timid therapist who spotted my ADHD at last

After relaying what I believed to be useless information, I watched her transform. This woman was no mouse; she was a predator who waited patiently for this type of information. I had given her a taste of blood. She interrupted me mid-sentence, gave me a recommendation for a gentleman in her practice who would “talk things over” with me, and ended the day’s session.

A week later, I had an ADHD diagnosis and a prescription in hand. Certain that this wasn’t the answer, I filled the script, went home and waited for the medicine to take effect. On that point I had been inexorable: I wasn’t going to take more medicine if it, like my anti-depressants, would take six to eight weeks to take effect. I would try this medicine, if it did not work then I wouldn’t try anymore. They told me it would take an hour, two at the most.

Taking ADHD medication was an “aha” moment for me

What happened next still amazes me. I felt like my brain “switched on”. I became the most productive I could remember being ever in my life. Within three hours, I turned my bedroom, a place that could kindly be called cluttered but at its worst really looked more like an episode of “Hoarders” into an organized and neat living space. I made phone calls and handled business I had needed to for years.

As a storyteller, people ordinarily expect me to exaggerate a bit for purposes of the story, but when I tell you I accomplished two years worth of work that day, it was the truth: two years worth of work I had procrastinated on was done in three hours, and I had a plan in place to accomplish everything that couldn’t be done right then. After such an experience, I did what any mature adult would do: I called my mother and told her everything.

A solution after years of searching

That day, for the first time I realized that I finally knew “what was wrong” with me. I wasn’t lazy and I didn’t lack motivation. I wasn’t undisciplined or stubborn; I was just different.

EVERYBODY I cared for heard about my diagnosis, like a convert to a new religion. Lots of my time was spent driving my relatives bonkers describing how ” people with an ADHD diagnosis are more likely to have credit problems or lose their driver’s license;” I made them listen while I described my experience with the medication as if I were recollecting a chance encounter with the Blessed Virgin.

Even though my loved ones were annoyed I kept drilling the truth about ADHD into them. Why? Because I was elated, I was overjoyed, I was FURIOUS. At the age of twenty-five, my original ADHD diagnosis was fourteen years prior to the one I had just received.

For fourteen years, I had struggled to apply myself to tasks in a way that was NEVER going to produce results for me. I was ashamed of my past failings. My poor grades, my lack of responsibility and what I always believed was a lack of willpower when it came to making life changes, embarrassed me. After fourteen years, I found out that I was wrong, and from there I was reborn.

Living your life after an ADHD diagnosis

What does it mean to receive a diagnosis of ADHD later in life? It is confusing, for starters. You might be angry. You’ll definitely be sad. Many of us feel relieved to finally find out, that we aren’t lazy or incorrigible. There are answers out there, but you have to be ready to go get them. If you’re anything like me, you aren’t going to sit and wait for someone to give those answers to you. Here’s what I did: I began to work with an ADHD coach. I continued to take my medicine, I saw a therapist and I learned how to forgive myself and others for the past. Receiving an ADHD diagnosis (which, by the way is a little more difficult if you’re a girl) comes with a great deal of baggage to unpack, including the way you perceive yourself. Here are a few pointers for dealing with an ADHD diagnosis.

Tips for life after an ADHD Diagnosis

Get ready for big changes

Once you’ve got your ADHD diagnosis, your whole life WILL change. Get ready, it is going to be even better than you imagined. Since my diagnosis, I learned to manage my up and down emotions, get places on time, I lose fewer things (ok, I don’t, but I have strategies to help me find lost things more quickly) and I’m generally a happier person than I was seven years ago. Have you gotten your ADHD diagnosis? How did it change your life? Leave me a comment and let me know how your journey is progressing! 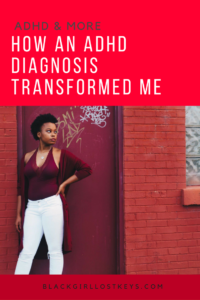 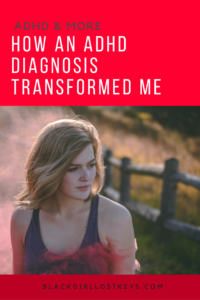 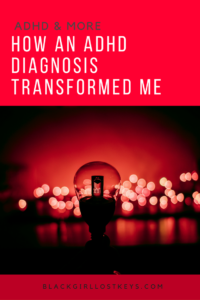 43 thoughts on “How An ADHD Diagnosis Transformed Me”