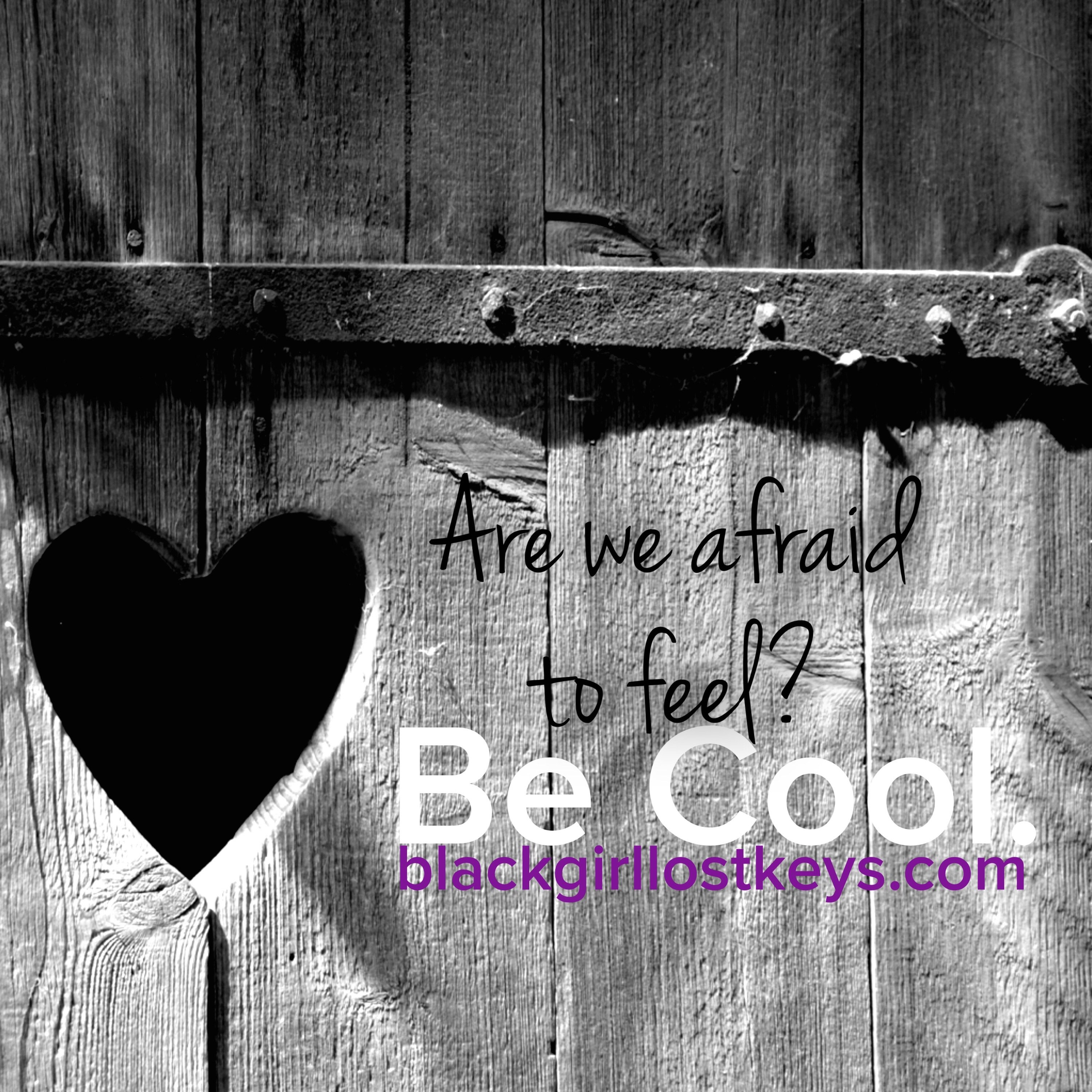 The Dozens. Snaps. Keeping it real, no frontin’. Busting. We have so many names for this tradition in black culture, this habit of harshness with each other but calling it fun. We make fun of each other’s clothing, physical features, smells habits and mothers. These thinly veiled verbal abuses slice at the soul and leave it scarred. To be seen as phased by it is uncomfortable. To become emotional, or cry about it? Unconscionable.

I was always seen as sensitive to this as a child, the whole artistic nature set me up to be more touchy than the average bear. If you hurt my feelings, I would cry. Period. I learned to remove myself from these dozen scenarios, and when I couldn’t, I developed a razor sharp wit so people knew to leave me alone or suffer. She’s quiet, but she’s mean. . . you know the type. Yet underneath it all my sensitivity lurked, threatening to escape until I found an outlet for it in my art. I feel for those who have never found their way to take the pressure off in a constructive way. As we know now, many of the root causes of addictions and other mental issues is unresolved trauma. Yet to recognize the trauma you have to feel it.

We walk around so many times unaware of what is happening to us. You hear accounts in the news of people who have knives or bullets lodged in them but their adrenaline is running so high that they can’t treatment until it wears off. Black America, we run around on high alert our whole lives, we have to in so many cases. What we never realize though, is the whole time we are fighting, we are really bleeding to death from a wound we can’t feel to go heal.

The nearest thing you might be allowed to a show of emotion is to pummel whomever insulted you, because oftentimes anger is the only emotion allowed. Anger and defeating your foes is allowed; that’s a show of power. Oftentimes we are taught early not to show our weaknesses outside of the community. You don’t air your business in public, and especially not in front of “white folks.” You learn to deny those emotions, to suppress the tears and veil your facial expressions. What does it mean though? How do we become healthy and rational individuals when we refuse to let ourselves feel?

We can’t continue to deify being “hard” or “tough” or “play it cool”, Black America. We have raised up families that have been crippled by abuses, whether emotional, physical or sexual. We can’t do everything in house. We can’t take everything to the church. Sometimes you have to hand it over to the professionals. Black men are committing suicide. Black women are becoming bitter. We grapple with each other in relationships because when two people are busy trying to protect their feelings there can’t be any intimacy. Now of course, this isn’t everyone’s story. I am not the national black representative. I don’t speak for all of us, or even most of us. I do know what I have seen, and what others have seen. I know how deep that abuse and mental illness run in my family, and the family of other people I know. I’m not trying to embarrass anyone, I just need us to raise our babies to know how to fight, but know how to feel too.

6 thoughts on “Blacks and Mental Illness: Be Cool”